Born in and amongst the heel forms and shoe patterns, Goffredo Fantini is in some way a product of his environment. His father Giovanni, who has always been at his side, is one of the most renown and expert technician in Italy. After completing his Art School studies, Goffredo reveals his love of footwear, alternating important collaborations with Italian companies who lead in the sector, while simultaneously developing his own line, in search of the maximum freedom of expression. GOFFREDO FANTINI and MATERIA PRIMA by Goffredo Fantini, which were born almost accidentally, were immediately met by an appreciative public and quickly became the artist’s true priority. GOFFREDO FANTINI, addresses a more refined and classic client, who refuses to sacrifice a touch of ever-present originality MATERIA PRIMA, considered the “lab area” of the FANTINI world, speaks to a more vibrant public. It is highly visible since its debut, in its fresh colors and flavor, and its sparkling openness to innovative materials and new tendencies.   In 1999, on the onset of his career, Goffredo Fantini was the winner of  the Footwear News Achievements Award, as designer of the year. . Artistry and innovative technology, comfort and elegance, fashion and design, alternate in the Fantini collections over the course of the years and the seasons, underlining its image of the modern female figure. Valued by a multitude of world renowned celebrities, Fantini footwear boasts appearances in numerous films, as well as walks on the red carpet, and continues to renew itself in the true “Made in Italy” fashion.

Colorful hues take shape for resort in everything from block-heeled sandals to strappy ankle boots.
Here, Footwear News unveils a selection of the season’s top looks debuting next week at FFANY. 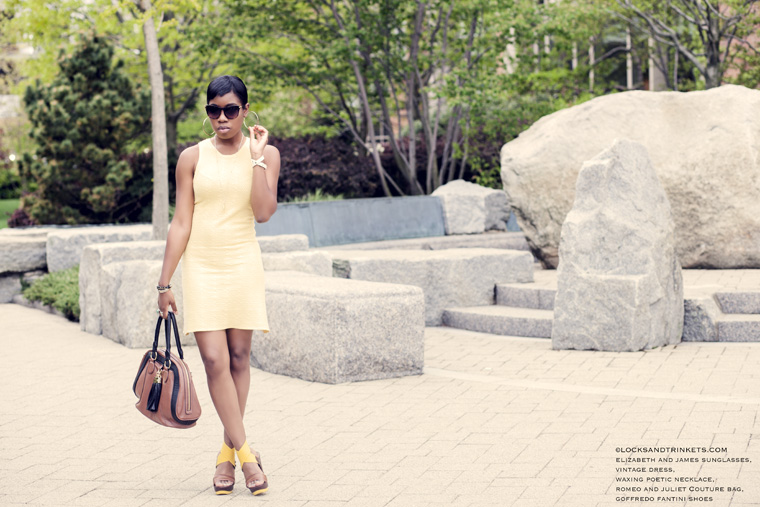 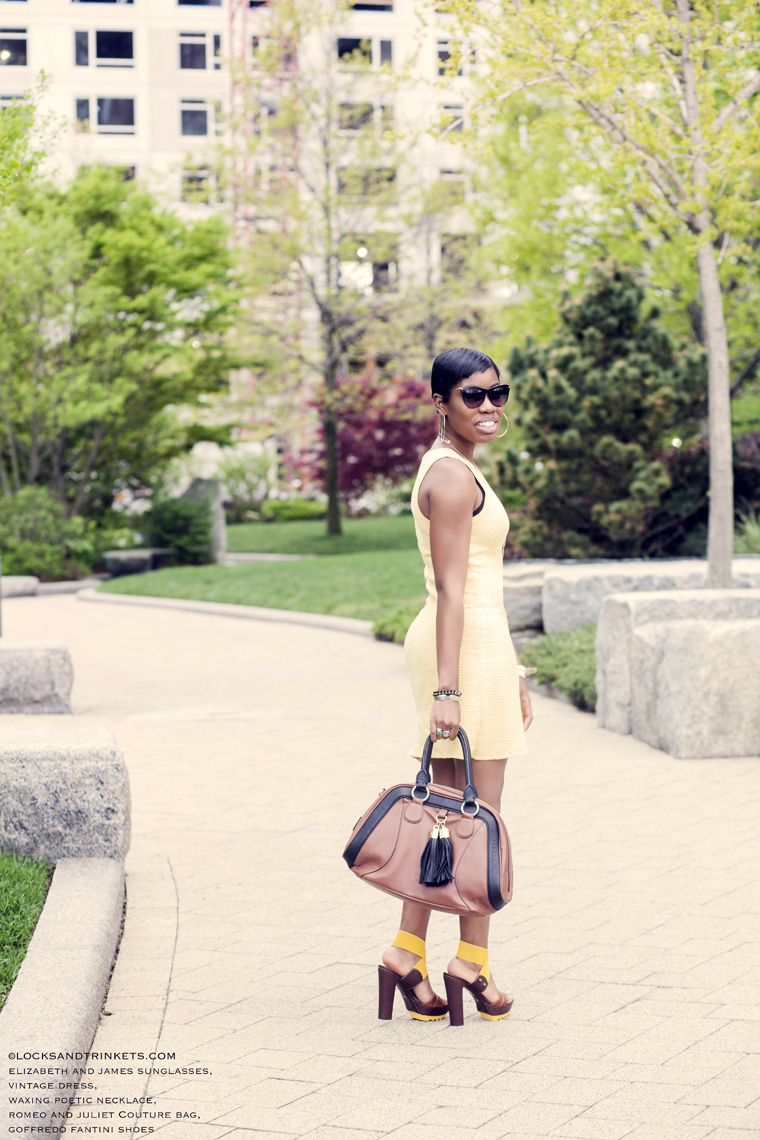 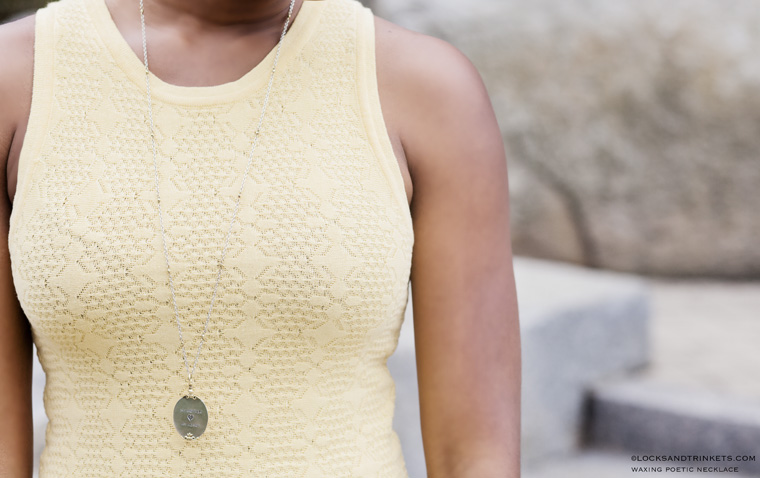 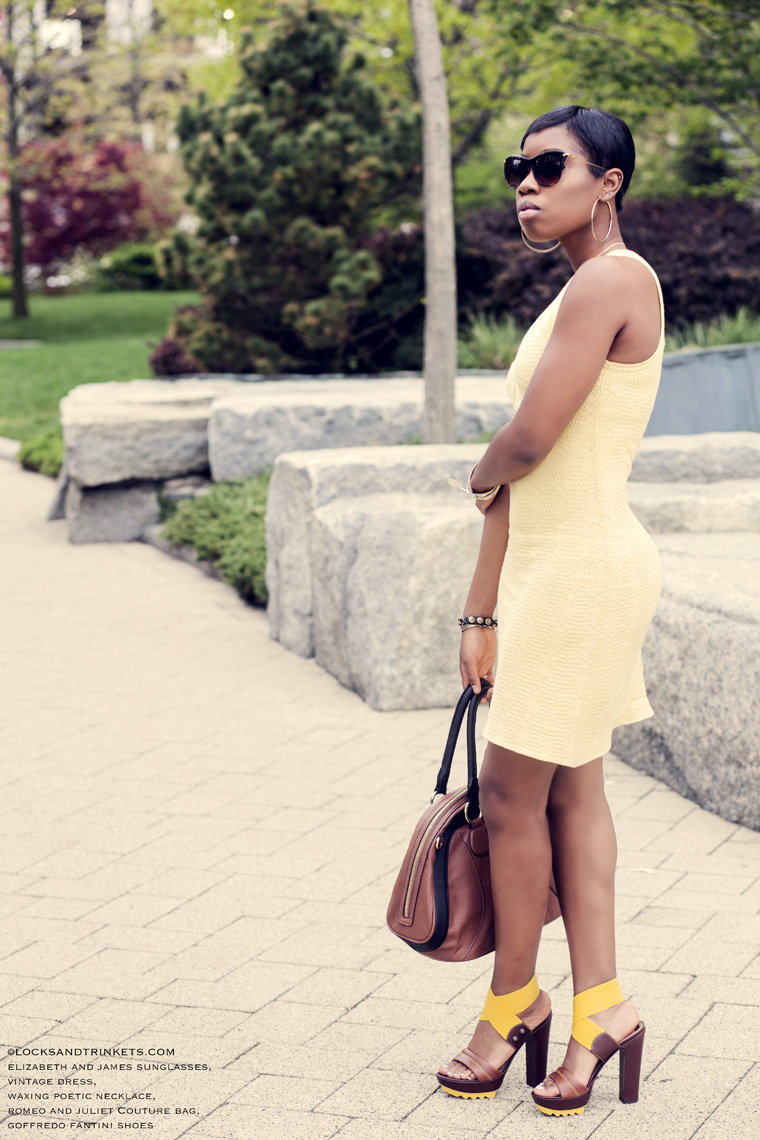 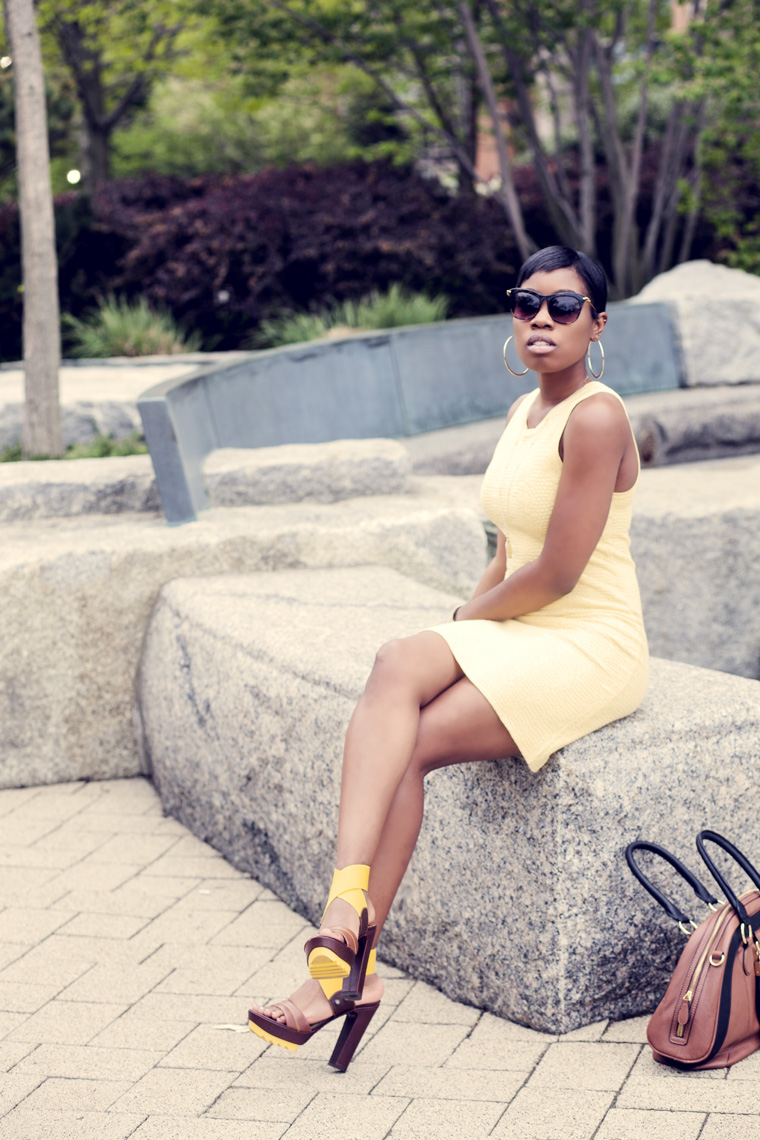 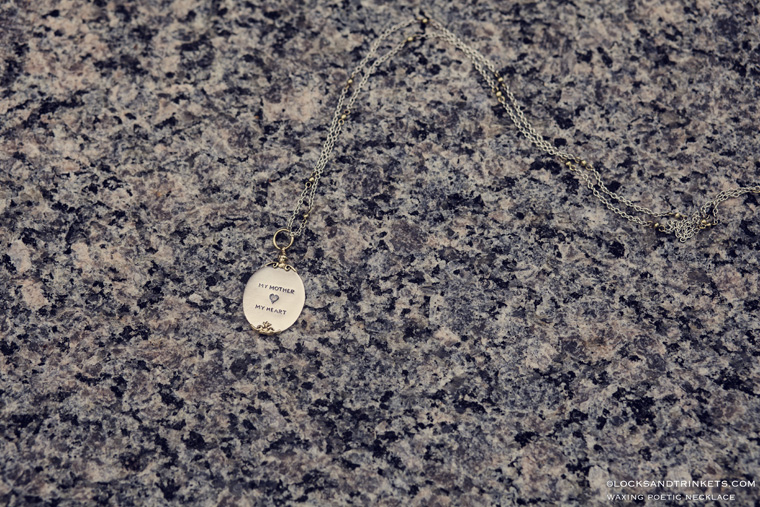 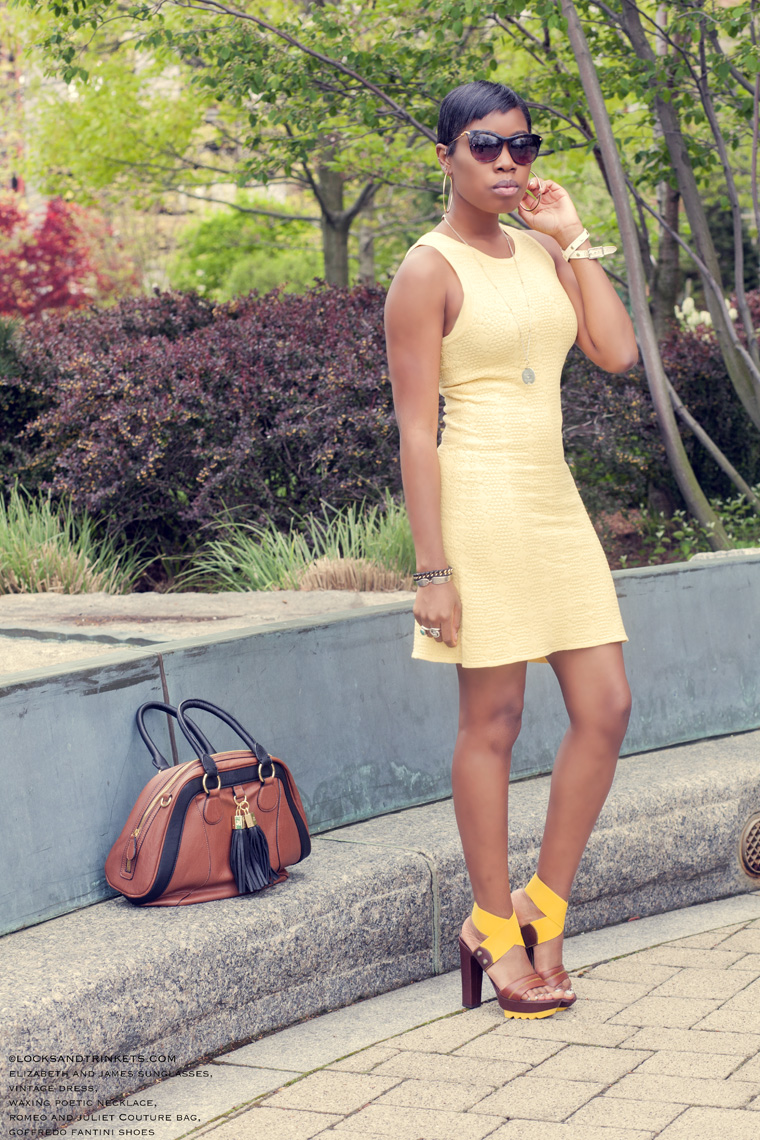 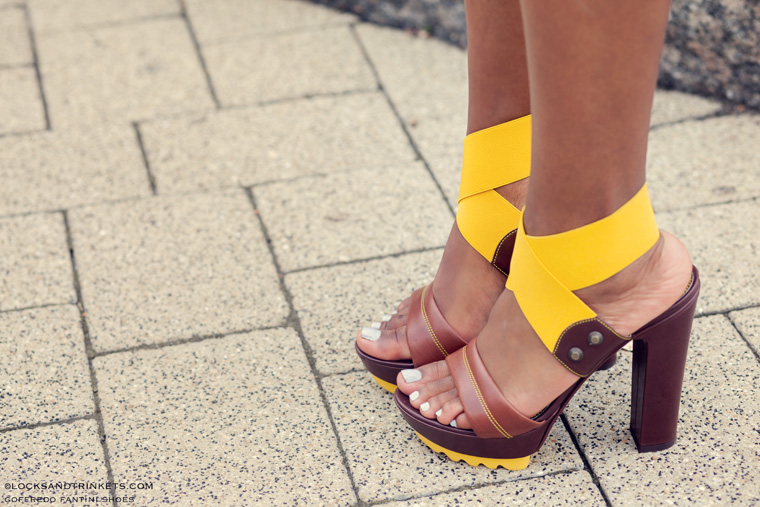 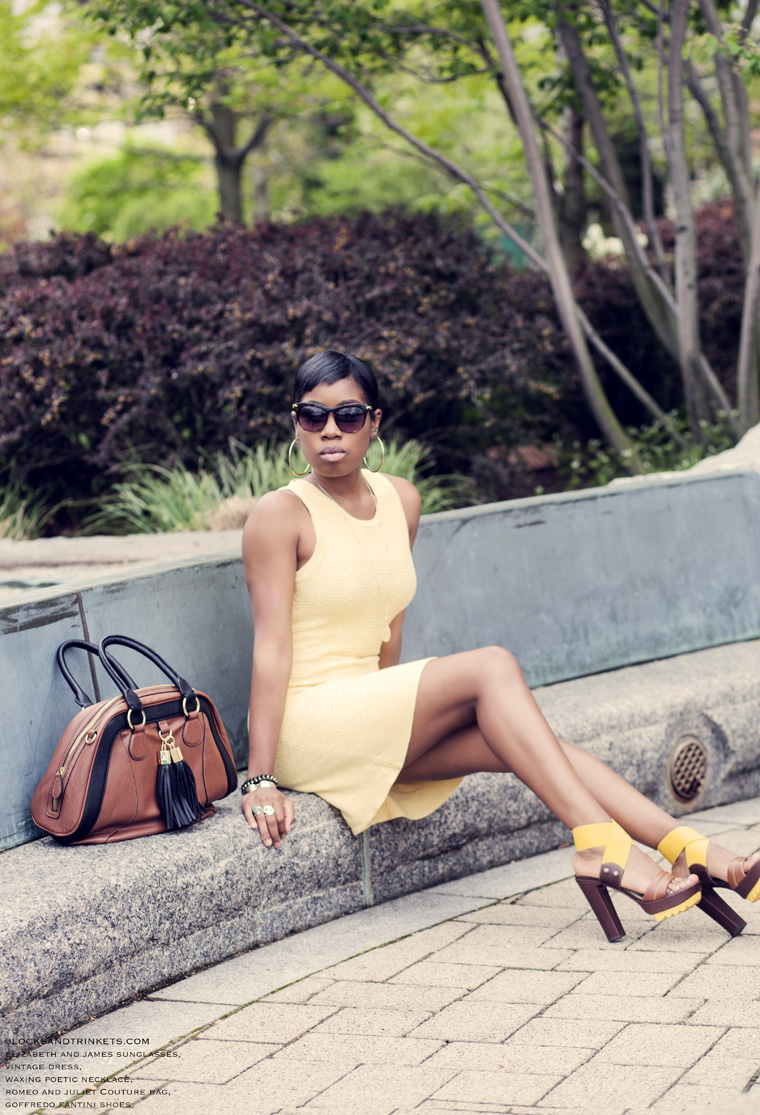 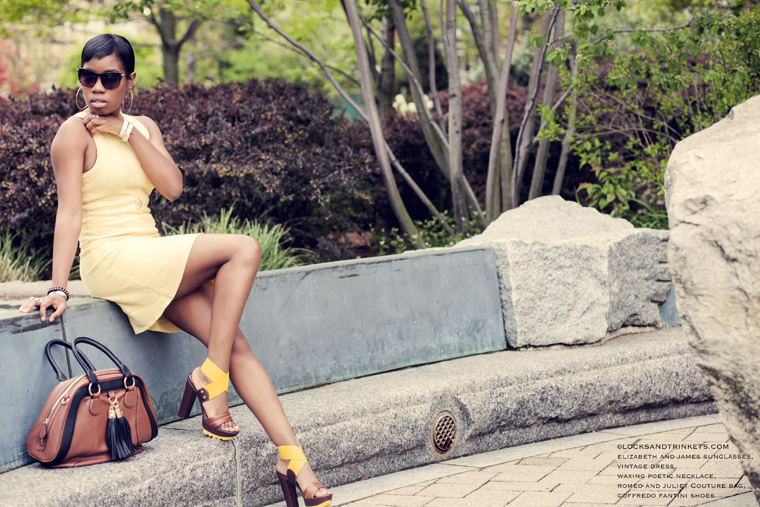 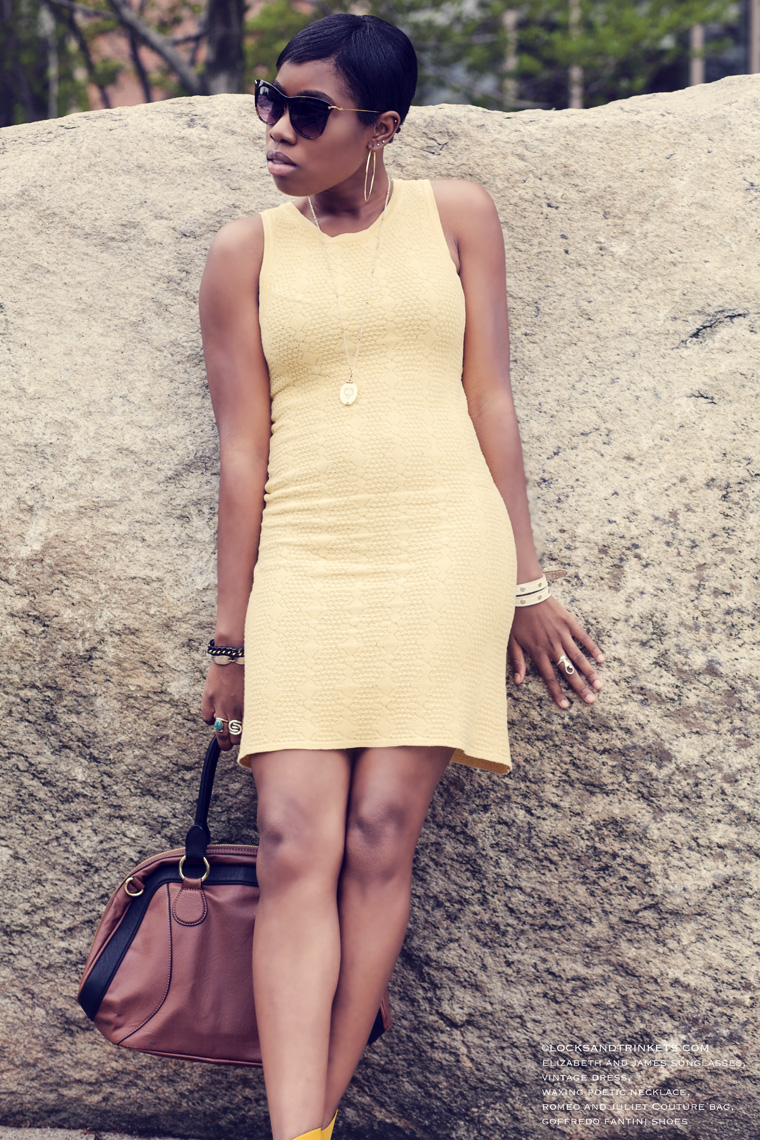 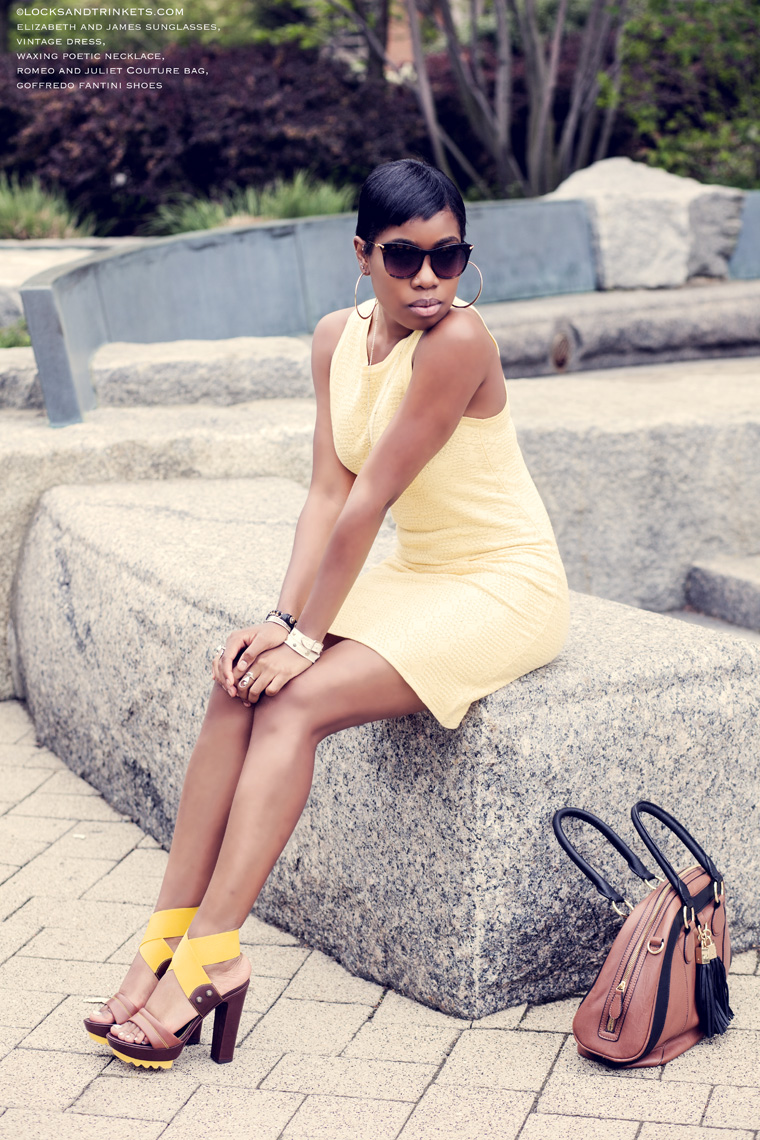 Photos by Jerry Bruno
I have equal support from both my parents and love them dearly but since today is Mother’s day I will focus on mi madre. My mother has been so supportive of my dreams and goals since I was a little girl and instilled in me a confidence and drive that is deeply rooted in who I am to this day. Lately I’ve been around a lot of new mothers and I’m realizing how hard it really is to raise a child in this crazy world. I am grateful EVERYDAY that my mother did such an amazing job raising me and my siblings and it worked out perfectly that I could be home for Mother’s Day and celebrate it with her. I seriously would have given up by now if it weren’t for her and her support is a constant reminder that I can keep going and conquer the world! This year so far has had it’s ups and downs but every time I’m feeling down, my mother lifts me up. She is truly my heart.
Thanks to Waxing Poetic for summing up my feelings into this necklace, perfect for Mother’s Day and everyday.
We are very glad to report a post from  stilettobeats.com (you can find the originally post here)

It was extremely gloomy today in LA the kind of gloom that reminds me of the Parisian streets I once walked.
I spent a weekend in Paris some years ago and the smell still stays with me.
I am a dreamer, the best daydreamer I know and sometimes I like to think that I am a Parisian girl.
Always eccentric with a flare for the unconventional I could wear this vintage skirt forever.
Paired with these sporty Goffredo Fantini pumps only sold in Europe and Asia. I feel a bit special knowing I am the first in the Northern Hampshire to own these.
Thank you Goffredo Fantini.
My sincerest apologize for some bad quality photos I am still trying to figure out how to use my Canon T4i the gloom did not help today.
xo
ejc
wearing: crop top – nasty gal, skirt – vintage, pumps – goffredo fantini, necklace – single stone on mission street

Designer Goffredo Fantini is ready for round two.

The Italian designer is bringing his two women’s collections, Goffredo Fantini and Materia Prima, back to the U.S. after exiting the wholesale market here in 2008.

Goffredo Fantini retails for $300 to $600, while Materia Prima sells for $200 to $300, and both lines will hit stores for spring ’13. The footwear is made in Italy, and both labels focus on casual styles: Goffredo Fantini offers sophisticated leather sandals with bright color pops, while Materia Prima features playful slip-ons, sneakers and boots with Western and Asian influences.

Fantini launched his eponymous label in the U.S. in 1994 and quickly developed a following here, selling at such retailers as Neiman Marcus, Nordstrom, Saks Fifth Avenue and Bloomingdale’s. He bowed Materia Prima in 1998, won the Footwear News Achievement Award for Designer of the Year in 1999 and opened a Manhattan flagship in 2002.

But when the economy tanked, the company had to make changes. Fantini shuttered his store in 2005 to focus on his more robust European business. Since then, both brands have been scarce in this country, available at only a few independents.

Now, the designer has teamed with the Ask Alice LLC showroom for sales and

distribution and said he’s optimistic about rebuilding his U.S. presence. “It’s beautiful to be able to restart,” Fantini said. “I think we can [succeed]. I know it’s not easy, but with work, it’s possible.”

Fantini is already rebuilding his department-store presence. He presented his collections to buyers at FFANY and FN Platform in August, though Ask Alice declined to reveal confirmed accounts. And Fantini said a resurrection of his flagship is not out of the question.

“I’d like to [reopen the store],” he said. “I hope to do that soon, but we have to see what the new story is in this market.”

Here, Fantini sounds off on European versus U.S. fashion, the continued importance of Hollywood and the trials and tribulations of making a return.

Why is now a good time to relaunch in the U.S. market?
GF: The U.S. was my first market [until 2008]. After the difficult period we had, [regarding] the dollar versus the euro, now is the time to come back. The bad period is at the end. I also now have a relationship with the right showroom that can sell both of my lines here. I hope to have the same results that I had in the U.S. in the past. I’m optimistic [that] this will soon become my first market again.

What are your biggest markets right now?
GF: In the past few years, all the markets have had troubles, but we still do very well in France and Italy — and Europe in general, [save for] Germany. Still, the European market is not so easy because each area has a different look and forecast. If you go, for example, to the north of Italy, they like more masculine, sporty shoes. France and [the rest of] Italy are different. We sell very well there because the concepts of my collections are more [in tune with] that market. Also in Europe, the difficult [economic] situations [have hit], especially in Italy and Spain. But Italians are always fans [of the brand], and we always succeed [there] in the end.

Are you changing your designs for your U.S. comeback?
GF: No. Ideas can change, and we always try to evolve the design and philosophy of the two collections, but the concept is the same. It’s the same target: Materia Prima is aimed at girls and women between [the ages of] 18 and 35, and Goffredo Fantini can be for women in their 20s to 50s. [Goffredo Fantini is] for more mature women — they are sporty but more refined. But I do have to understand the [U.S.] market and how it is changing. I will change the shoes as necessary, but without changing my hand or my spirit.

How have consumer habits changed since your brands were last available here?
GF: [Online retailing] started in the States, but e-commerce is strong everywhere now. Shopping is different, and I think that’s really important to take into consideration. We will, for sure, be working on the web and all the social networks.

How is U.S. fashion influenced by European styles?
GF: It’s more the other way around, because there is only one Hollywood, and it has a lot of influence everywhere. European women look at American celebrities more than they look to those in Europe. Sometimes the European customer will say, “This is too new” or “This is too much color,” and I’m happy when they say that, because that means it is the right product for the United States.